Magic-sense will no longer be silent. 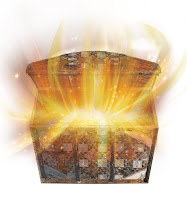 A pending earthquake threatens to wipe out Tallisete, and many non-Skyborn citizens fear magic-sense is the cause. Bloodborn anger stirs up old hatred. The upcoming election could save the Skyborn people, or it could mean their extermination. Robyn, Kit, Cam, and the rest of the warriors can’t sit back and watch. 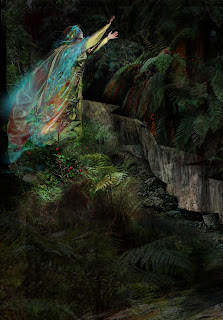 Prince Calemir asks the team to find his long-lost treasure box, missing since the Before-Time. It holds the key to saving them all. The warriors enlist an unlikely candidate to help: a mystical priestess of the underworld who has battled the enemy, Sylvare, since he first unleashed his poison beyond the doorway. As the warriors learn her story, they fear the priestess might be serving the wrong master.

A Doorway Back to Forever: DEFEND is a race to uncover the truth in a world of deceit, doubt, and fear. It is a battle cry to all warriors, young and old, to defend what is right.

Nanette O’Neal’s books are a guiding light to children and families in a sometimes darkened world. Her characters touch our hearts as they fight for what’s right.  ~ Kary Oberbrunner, author of Elixir Project, Your Secret Name, The Deeper Path, and Day Job to Dream Job.

Endorsements:
A Doorway Back to Forever: DEFEND is another thought-provoking addition to this series. It engages the heart as it pulls the reader into the world of what used to be and the search to make things right again. This is a must-read for both children and their parents because of the pertinent discussions that should happen after. ~ Donna K. Weaver, award-winning author of the Safe Harbors series
Nanette O’Neal’s third installment in her series is the best one yet. Aimed at young adults, the young at heart will also enjoy it for her crisp writing, suspense, and symbolism. A great book for the whole family. ~ Nansi Krauss, ghost-writer, editor, and author of A Charmed Life: How Gratitude and Grace Transform Everything.

I love Nanette's writing because she is great in developing characters and plots around each one. She paints beautiful images in my mind of what's occurring in her stories. I don't know if her books will ever be made into a TV or movie series, like The Chronicles of Narnia were, but I think her writing and story plots are equal to what C.S. Lewis created. If you enjoy science fiction or fantasy books, I highly recommend this and the other writings of Nanette O'Neal! ~ Jeff Glass, author of Faith Conversations. 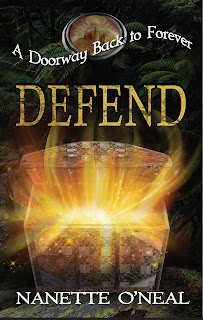 Author Bio:
Nanette O’Neal has held a long time passion for her series, A Doorway Back to Forever, stemming from her faith and her love of story. As a music educator, she made a career of teaching and directing various ensembles in the public and private fields. Her love of story led to an intense study of fiction writing through textbooks, online tutorials, chat and critique groups, workshops, conferences, and retreats. A Doorway Back to Forever series consists of seven novels designed to increase faith, awaken courage, and magnify the divine power within the human soul. She loves her family, hiking, Star Trek, and dogs.