The Hills Are Alive With Turning Points


It’s time for a mental break from the world. Let’s visit one of the most beloved musicals ever produced, The Sound of Music. You know the daring story of Maria and the von Trapp family, the breathtaking scenery, and the memorable music. But do you know how one song played an integral part in propelling the story to its complete and satisfying end? Edelweiss is more than a flower, a song, and a symbol of hope. It is a decision-maker, twice in one movie. 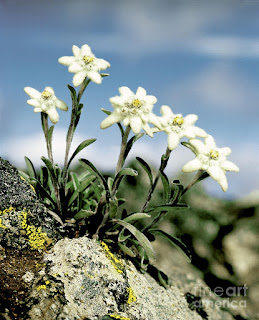 Turning points and why they matter
What makes a story timeless? On the surface, it’s easy to see how a great plot and endearing characters nestle their way into your heart, time and time again. But looking deeper, we find hidden treasures in storytelling that, when utilized well, make a story a classic because of the subtle ways in which they speak to the heart and soul of every living, breathing, caring person. One of those elements is the proper use of turning points. When used correctly, they bring life to characters and move them through the plot in a satisfying way. Two important turning points in The Sound of Music, the midpoint and the dark night of the soul, illustrate this fact.

Let’s look at the character of the captain. We see him clearly as a man who uses a stoic barrier of discipline and distance to protect his heart, and it has a damaging effect on him and his children. He has growing concerns about what might happen to his beloved homeland of Austria during the rise of Nazi Germany in 1938. We feel the weight of his concerns and sorrow, and we want to see him change, but we don’t know how he can—until Maria starts being Maria. She works around the barriers, breaks them when she can, and brings life, music, and love into the home again, despite the captain’s demeanor. She melts the hearts of his children, but can she affect him as well?

The First Turning Point: He takes the guitar 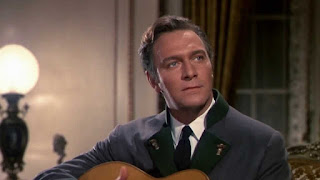 When the captain hears his children singing for the first time in years, he dashes into the house to witness it. He’s visibly taken by the sound and sight, and we see him soften for the first time. We wonder if there is hope for him after all. The answer is yes, and it has a name—the midpoint of the story. The captain takes the guitar and sings to his children a charming folksong, Edelweiss. This is the moment everything begins to change for the captain. The lyrics honor his homeland, Austria. It awakens inside him the desire to take a stand for his country in contrast to those who would willingly give up their freedom to be part of the Third Reich. Something else happens during the song too. He gazes upon Maria and sees her in a romantic way.

From the midpoint on in every good story, there is no turning back for the characters, and they face harrowing trials on their quest. The captain almost loses Maria and he’s called upon by Hitler to head the navy for Nazi Germany. He’s able to win Maria back, but he sees no way to avoid the military assignment which would take him from his family and homeland. On the night of the big concert in which he and his family are scheduled to sing, he secretly plans to escape with them instead, but he is cornered by the secret police. The police plan to escort him directly to the concert hall and then take him away to join the Third Reich. This leaves the captain with no way out.
Captain von Trapp’s Dark Night of the Soul

When a character is left with nowhere else to go, he reaches what we call the dark night of the soul. It is the most critical moment in every story. The main character is at a breaking point which will decide his fate. Captain von Trapp sings with his family on stage but sees Nazi soldiers surrounding the concert hall, blocking every exit. His singing voice is strong but his face is marred with despair. After the family performs together, he announces to his fellow Austrians his new assignment with the Third Reich, and they gasp with concern. To him, it is his last goodbye, knowing he will never see them again. He takes the guitar from Max, marking the final turning point.

The Second Turning Point: He takes the guitar again 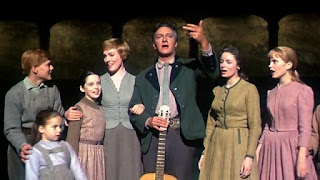 Captain von Trapp announces to the audience he will sing a love song and begins to strum the tune of Edelweiss. While Edelweiss was the vehicle turning him toward love and patriotism at the midpoint of the story, it now symbolizes what he is about to lose. During the dark night of the soul, something must die so something better can be reborn and live. And true to form, something does die on that stage—his voice. He chokes up and cannot sing. Maria rushes to his side and helps, and the children follow. It brings him strength and he is able to resume. He even calls on the audience to sing along in solidarity with him and Austria.

The von Trapp family successfully escape from the Nazis and flee their precious Austria. The theme of love of God, family, and country is honored throughout, and we are left with a classic tale to cherish forever. But there is more to learn from this story—the importance of trusting turning points in life. We face them too, as real as we see in our beloved movies. The midpoint strengthens our resolve and the dark night of the soul puts it to the test. 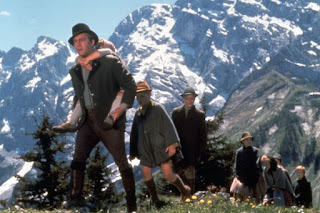 We face midpoints in our respective circumstances every day. Do they strengthen our determination or make us cower? We have dark- night-of-the-soul moments too. Do we give up or press on? Are we willing to let go of an old way of thinking so we can adopt the tenacity that will pull us to a wonderful finale? Will we let old habits die so we can live with a healthier mindset? How we face these turning points can make or break our character.

Trust the power of story to lead you through the turning points in life toward the resolution you deserve. You can do it—one story at a time.

Until next time,
Nanette O’Neal