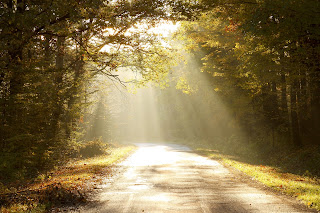 I remember a time when I didn’t even want to tell my friends or family I wanted to write a book series. I was afraid of the negativity I’d face. Sure, people would be pleasant, but behind the pleasantries, I knew I’d see doubt, disbelief, and a lack of support. I tried to tell one or two people. The blank stares, awkward silence, and their promptness to change the subject devastated me. Others asked questions cordially, but I knew they thought my ideas wouldn’t go anywhere. Their lack of confidence in me could have capsized my idea altogether. Instead, it prompted me to do three things.

I reminded myself that my idea was not my own 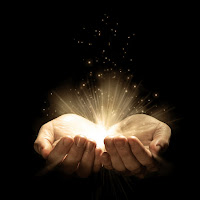 Having a great idea, or even a good one, is rewarding. It can make you feel intelligent, helpful, caring, and worthwhile. But there’s something about being inspired that elevates the entire process. The idea no longer belongs to you. Rather, it’s been given to you by a higher power for your charge. The word inspiration means a divine influence immediately exerted upon the mind or soul. When you receive inspiration, you feel differently about it. The idea didn’t come to you—it came through you. You are then responsible for seeing it come to fruition. Who gave it to you? Call it a higher power if you’d like. I call Him my Father in Heaven. If He has enough confidence in the idea and in me, why shouldn't I?  I have someone on my side at all times, even if it feels like He’s the only one. He’s enough.
. 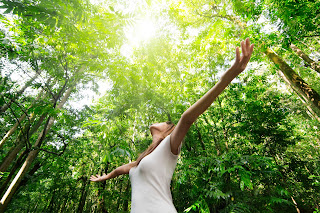 I kept my enthusiasm
The word “enthusiasm” comes from the Greek origin, en theos. “En” means “in” and “theos” means “god.” So it literally translates to being inspired or with god, to be rapt, or in ecstasy. The times I’m most happy are the times I put aside my worldly cares and find joy in the moment. I can honestly say I show signs of enthusiasm! It makes sense to equate enthusiasm with a divine closeness to God. He loves me, He supports me, and He gives me inspiration—he’s also the author of my enthusiasm. With my book series, no matter how many roadblocks I’d encountered, I persisted. Learning to write fiction was hard. Learning to write fiction well is even harder (still improving on that, I can say, enthusiastically!). Through all the failures and heartache, I never lost faith in the idea given through me, and I never lost enthusiasm for this great story. 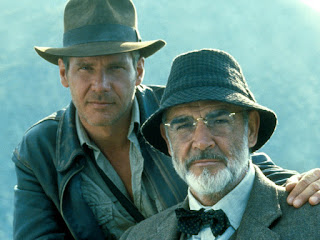 I took one step at a time
Picture Indiana Jones as he stood on the precipice of the cavern in the Last Crusade. His father was bleeding to death, he had to find the sacred chalice, the last clue was as vague as the rest, and he stood before a crevice too wide to cross and a devastating chasm below. He could see his destination, but there was no apparent way to get there. He had to trust the text—he had to take a leap of faith.

Sometimes we know the end product of our idea, but since we can’t get there in one step, we give up on the idea. The better way is to follow faith—one step at a time. I took the one step. Then I took the next. Many steps were taken to get BELIEVE published. Many more were taken for TRUST. Now, I’m about ready to take the last few steps for book three, DEFEND. My heart is humbled with gratitude for the people who have supported me on this journey.

Today, I celebrate! I’ve found it’s important to celebrate the steps along the journey, however small they may be. It brings to the surface the gratitude I feel for the people who’ve been there, and it helps fuel my enthusiasm. Here’s what I’m celebrating today:

I’ve received feedback from four beta readers about the content of book three of the series, A Doorway Back to Forever: DEFEND.
Feedback is essential—it helps me see if my story is on track. It shows me where character arcs are weak and where plot holes exist. My readers see things I can’t see, and I’m grateful for the time and effort they put into reading my story before it’s ready to publish.

My graphic artist is working hard to make another spectacular cover
I had such success in working with Crissie Murphy—she read BELIEVE and loved it enough to become the cover designer for TRUST. Now she’s working diligently on DEFEND. I’m hoping for a cover reveal in the next week!

My website is almost ready!
The cover page is live, and it links to my blog, but that’s it so far! But that’s huge for me! So I’m doing a happy dance.

I didn’t give up.
I’m not going to lie. 2017 was tough on my spirit in many ways. After publishing TRUST, I almost threw in the towel for the rest of the series and the plans I had for the online course. But instead, I remembered whose idea this is, I pumped up my enthusiasm, and I took one step at a time—again, and again, and again. 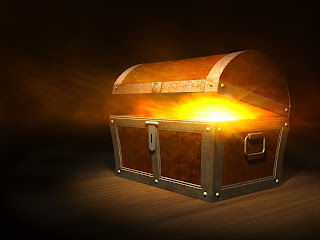 I hope you remember who inspires you. I hope you work with enthusiasm in the things that matter to you. I hope you fight off the doubters and take one step at a time with whatever you pursue. I guarantee the end result will be worth it!
Posted by Nanette O'Neal at 11:53 AM 2 comments:

2018—Kicking my Worst Hacker out the Doorway

When unwelcomed guests take over
An unwelcomed guest hacked me last year taking over our guest room and wreaking havoc in all aspects of my life. He was ruthless, ugly, insidious, and toxic to my psyche. I knew the damage he was causing, but I felt out of control to prevent it. He not only destroyed my home, he prevented me from moving forward with my thoughts, dreams, and ambitions. The name of this invader—Crippling Fear. 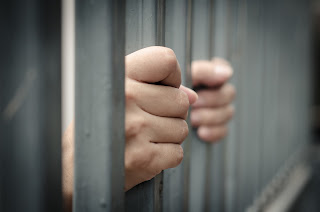 You can’t fight what you can’t name
Crippling Fear can be as real as a monster when it comes to crushing your dreams and vision. Yet, if you’re like me, when Crippling Fear knocks at your door, you’re quick to let him in. Why? Because he has an overwhelming power that is shocking and great—it practically knocks you down when it confronts you, time and time again.

Close the door—but he’s still there!
Two years ago, this hacker made himself comfortable in my home. It was a few months before I published my first book, A Doorway Back to Forever: BELIEVE. He tagged along at my heels, whispering his evil message. “You’re not good enough. No one cares about your story. Who do you think you are? No one cares about your message. You’re a waste.” I remember the assault on my mind, the toll it took on my physical body, and the many times I almost—almost—put a stop to the whole project. But somehow, I kicked him out the door and the next day, my book went live. 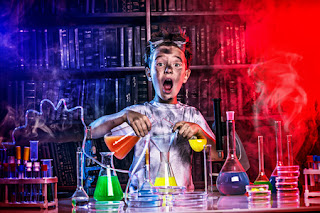 Fill your beaker—it’s time for combat!
Since then, Crippling Fear has tried to come back, but I refused to let him in while in a vulnerable state. So, I filled my personal beaker with spiritual elements from the Elite Warrior Training center classroom—control, clarity, competence, and confidence for starters. I could control this beast. I had a clear vision of my future success. I am an expert on the material. I knew the power of its message. So, when I flung the door open, Crippling Fear crumpled in a pile of smelly refuse and slithered away. Success rose in its place!  I spoke about my book series at the Igniting Souls Conference in 2016 and 2017—success! I learned formatting skills for my book series—success!  I published the second book in the series, A Doorway Back to Forever: TRUST—success! I was offered a position as Managing Editor for Author Academy Elite—success!  I lost 33 pounds—success! I welcomed a granddaughter into the world—success! And I had the pleasure of meeting many fans of my book series—success! 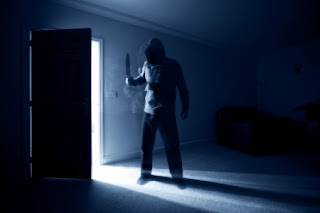 But when you least expect it…
Crippling Fear is relentless. Despite my relationship with Success, Crippling Fear came back stronger than ever and broke down my door. He ransacked my home in regards to one major aspect of my professional life. He hacked the heck out of me when it came to online presence.

My emails went silent. No website. No updates on my blog. Hardly any Facebook posts. I became invisible to the online world. And in my invisibility, I almost forgot my message. I lost sight of the inspiration in me. I lost my direction as I let Crippling Fear take over. I lost sight of those who need the doorway back to Forever to remain open. Counter Hack-Attack launch in three … two … one …
Blast off! I’ve learned to recognize my hacker, and I refuse to let him devastate me again. I’ve launched a counter hack-attack.
2018 will be a banner year in the Kingdom of Forever! Here is what’s in store:

3.      * The interactive, online supplement to the series, Stepping Through the Doorway, will launch April 30th 2018

Have you been hacked by your worst enemy? My guess is you probably have. You can choose to let this continue, or you can protect yourself from future hack attacks. Come back to the doorway for more info on this. You can kick the hacker out the doorway as I have!


Looking forward to a year of success beyond the doorway! Come join in the fun!