Why You need to see Bohemian Rhapsody

Yes, the music, yes the era, yes the legend, yes Live Aid, yes to the remarkable talent of Freddie Mercury and Queen. Yes for the cinematography, the directing, the casting, the sound, the lighting, the history—and again the music which entered your heart years ago and never left you. Yes to all of those things because they showcase the talent of an era gone by as well as the talent of this generation to recreate, produce, and throw you back as if it all only happened yesterday. But there’s one more reason to see this movie—one that music historians and movie critics might overlook. The power of story. 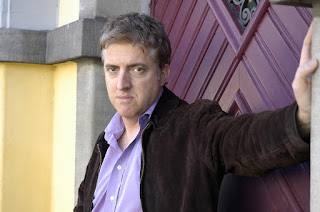 Without giving away spoilers, I can tell you someone understood the power of story when he wrote the screenplay. And that elevated this movie above the basic musical tribute it was intended to be. While I appreciate all the different facets that came together to make this movie a success, I cannot help but notice one aspect that might be overlooked by critics and such—Anthony McCarten's understanding of story.

Anthony McCarten, New Zealand born screenplay and writer of The Theory of Everything and Darkest Hour, is responsible for making Bohemian Rhapsody come alive on a deeper and more permanent level than the historical telling of the life of Freddie Mercury and Queen. He utilized universal themes of family and the hero’s journey. He understood the fundamental structure of story and how it carries with it a debt and breadth that connects people to their spiritual core. He followed the formula for story structure so closely and so magnificently that he took the audience with him on a familiar journey they’ve never been on before. Anthony McCarten knew how to tap into the power of story to make Bohemian Rhapsody our journey back home.

Here is a clip of him talking about the movie. But really, go see it.

https://www.youtube.com/watch?v=k0uMp4T6eqg
Posted by Nanette O'Neal at 7:52 AM No comments: