I am an Author

I am an author!

Many of you know me as Mrs. O’Neal, the music teacher, or Madame Executive Secretary from ASAA, or Madame Conductor from the Rutgers Alumni Wind Symphony, or Sister O’Neal from church, or simply, Nan.

But today I’d like to introduce myself as Nanette O’Neal, Author. 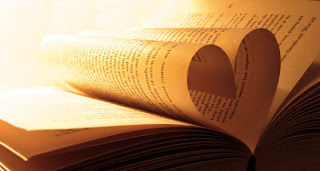 My debut novel, A Doorway Back to Forever: Believe will be published early 2016!

Why Write a Novel? We live in a world with decaying values. The family is in danger of crumbling, and people have lost the ability to believe in something greater than what they see. Many people insist there is no God, and yet, they are starving for a savior. They search in vain, often wandering in the dark, not knowing where to find solace. But there are spiritual truths out there, ones that are eternal to the soul, if we can simply recognize them. They are values that each of us were born with and are searching to find again. A Doorway Back to Forever: Believe is a story which uses the genre of fantasy to bring to the forefront the principles we inherently know are true. It allows us to remember them, to reconnect with them, and it points us in the direction of our eternal home. 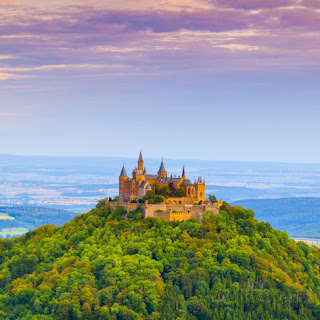 Who will enjoy it? This book has a potentially large market because of its genre in fantasy and its references to family values. If you are a child between the ages of nine and twelve years old who reads fantasy adventure stories, you will love this book. If you enjoy an exciting ride through magical worlds with heroes to root for and villains to fear, this book is for you. Parents can read this book to their children and discuss the values and principles of right and wrong, peppered throughout the story. It is meant to be a teaching tool to bring families closer together and to supplement the principles of righteousness in the home. Lastly, for those who crave stories that emulate gospel-centered themes like faith, family, sacrifice, and redemption, this is your book. Within the plot lies symbolism that points to the time-honored standards of the gospel of Jesus Christ, reaffirming our need for something greater to believe in.

Brief Story Overview: Robyn and Kit are twelve-year-old best friends who share everything—except a dreaded secret. They were born with forbidden magic-sense, the ability to see and hear beyond Earthly sight and sound. It’s been called a curse, but Robyn and Kit are strangely drawn to it—could there be more to this power than they’ve been told?

When their secret spills out, it opens a doorway back to Forever—a beautiful realm where magic-sense began. They learn the truth, how this gift is noble. It connects them to the Skyborn royalty of this world. They’ve been summoned back by the forces for good to preserve the kingdom and revive the power where it once flourished—on Earth. It can thrive again, if Robyn and Kit are brave enough to follow.

However, the doorway awakens more than magical fairy-tales. A dark force is unleashed—one that has battled the Skyborn since time began, and it wants the girls dead, the Earth destroyed.

Beyond the doorway is where the adventure begins—trickery, kidnapping, a prison break, rescue teams, sword fights, magical gold-dust, holographic medallions, and singing orbs—but only for those who have the courage to believe. 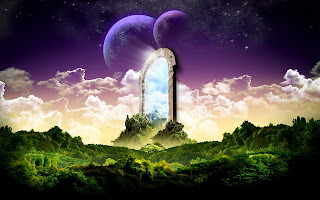 First in a series: A Doorway Back to Forever: Believe is the first in a series of seven books designed to awaken readers to their spiritual nature. The other books in the series retain the first part of the title, after which they are distinguished as follows:

Believe: Every great warrior begins by taking a stand

Trust: Many are called. Few are chosen.

Defend: The Skyborn world will no longer be silent.

Honor:  How far will a prince go to honor your name?

Remember: In the Before-Time, everything made sense.

Restore: Magic-sense will never be taken away again.

Become: Do you have the courage to become what you once were?

Be an Elite Skyborn Warrior. If you follow my blog (enter your email at the top right) you will receive periodic updates on the release of my debut novel. I will give away a free pdf copy prior to launch for anyone who wishes to read and post a review on Amazon. Those who post a review will be entered in a drawing for free stuff on the day of my launch. Will you be an Elite Skyborn Warrior? Be the first to join!

My Doorway is always open,